Get a free Simple 90° adapter with any grease gun purchase. Click here to learn more. 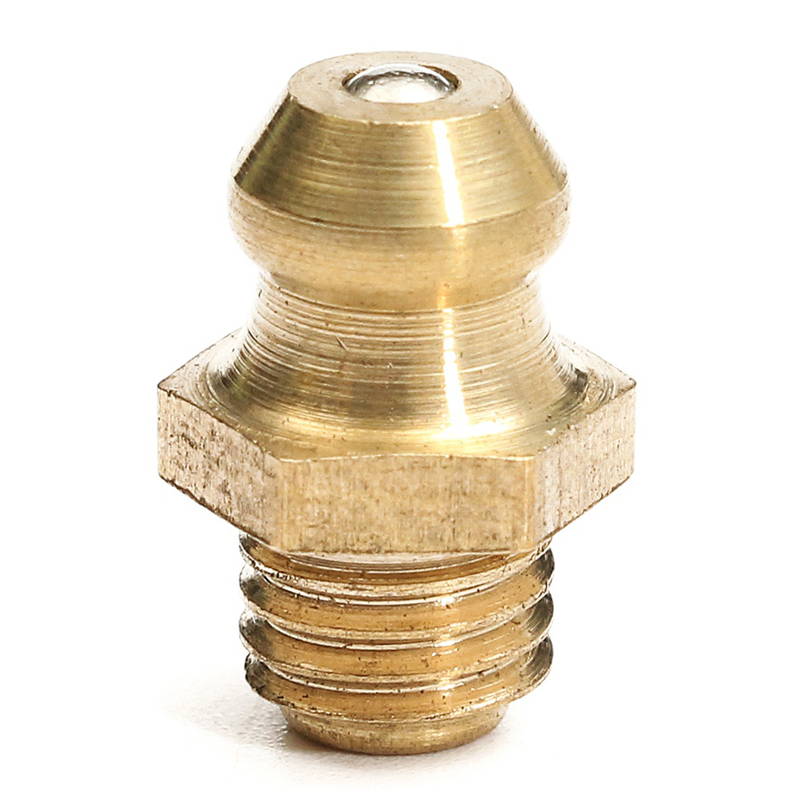 The patent for the Zerk fitting was granted to Oscar U. Zerk in January 1929, and the assignee was the Alemite Manufacturing Corporation. Alemite had already been marketing, since 1919, ball check valves to accept grease supplied under pressure from a grease gun, such as for car and truck chassis lubrication points, both for OEM installations and for aftermarket upgrade kits which would screw in as replacements for stock grease cups, but Zerk's fitting was an improved style, less vulnerable to dirt and more forgiving of angled approach. Today, many companies make these grease fittings. [1]

Before Zerk fittings existed, bearings were lubricated in various other ways that tended to be more maintenance-intensive and often provided less effective lubrication. For example, a typical machinery bearing of the 19th and early 20th centuries was a plain bearing with a cross-drilled hole to receive oil or grease, with no clever fitting at its mouth, or at best a cap or cup. Often lubricant was delivered under no more pressure than gravity or a finger push might provide. For example, oil was gravity-fed into the hole, or grease was pushed in. Grease guns to feed the grease with higher pressure existed,[1] but their pre-Zerk fittings were not as good for making clean, sealed contact easily, and they were less widely used than today.

The oil hole or grease hole was usually covered with a cap of some kind to keep dirt out, from a simple plug or screw to a spring-loaded hinged cap. Sometimes a cup was mounted, acting as a small reservoir, which could be turned at regular intervals to inject grease into the fitting. The standard mode of maintenance was to have each machine's operator, or a dedicated oiler, go around adding a small squirt of oil or blob of grease to each and every hole on a frequent basis. 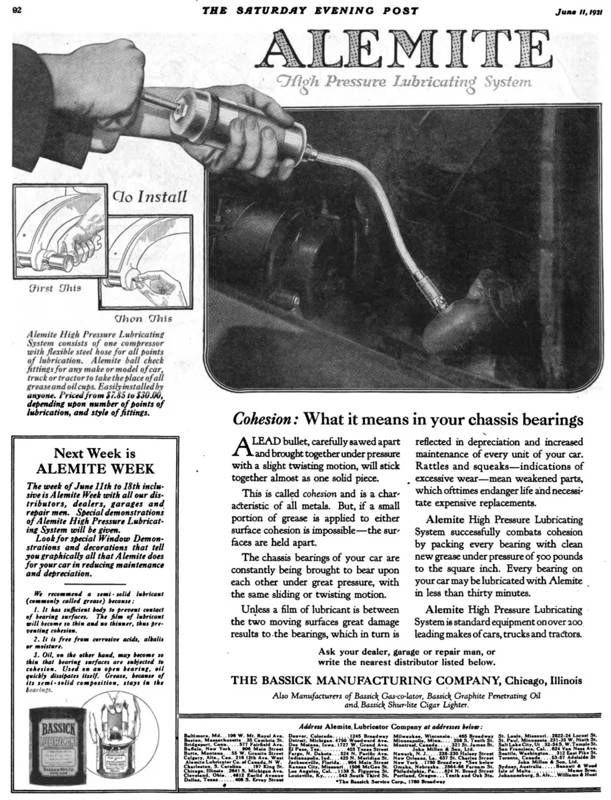 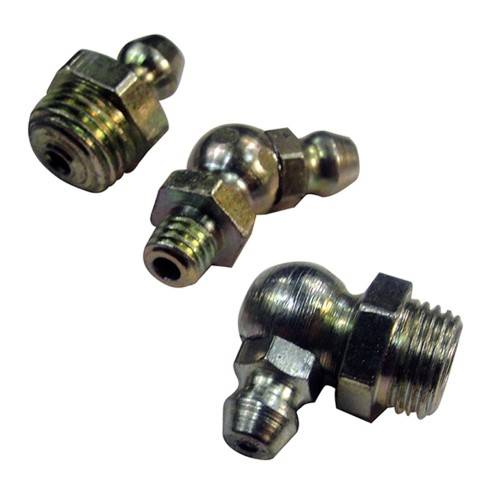 Zerk visitied Cleveland in the US in 1907 where he founded a company to produce an early version of what became the familiar Zerk fitting. While he was not the first to envision forcing grease under pressure into joints and bearings, his designs were very good. Unfortunately, Zerk's business acumen did not yet match his engineering prowess and in 1913, he was forced out by his investors.
The start of the Great War found Zerk visiting his home in Austria and he was compelled to join the fighting, mustering out in 1918 as a decorated army captain. He married a local girl and the pair returned to the United States, where he became involved in the Allyne-Zerk Company.
In 1924, Allyne-Zerk was purchased by Stewart-Warner, which also owned Alemite, a market leader in lubrication technology ("Alemite" actually became a verb meaning "to lubricate" for a while in the 1930s), and Zerk became a stockholder and consulting engineer. In 1929, Zerk created a refined version of his lubrication nipple and assigned the patent to Alemite. He also led a well-publicized "housecleaning" of Stewart-Warner management in 1934, forcing the company to concentrate on its core automotive business instead of diversifying. [2] 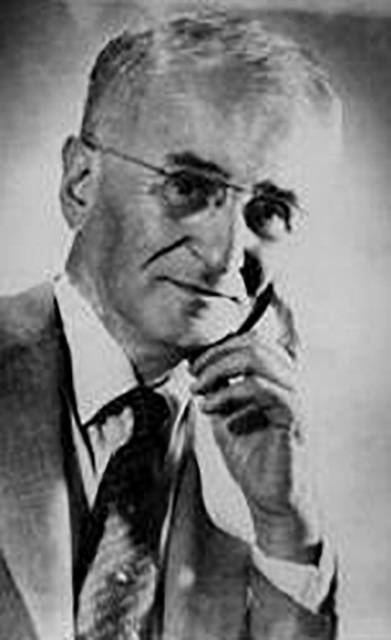 During Oscar''s long life, he patented 300 other inventions including leg-slimming hosiery, quick-freezing ice cube trays, spatterproof nail brushes, fail-safe brakes for trolley cars, vibration-free camera tripods, oil well recovery systems, and refrigerators for cars. He is also credited with designing and patenting stamped metal wheels and wheel covers for automobiles (which, in the 1920s, replaced wire wheels). Additionally, he devised a type of non-skid brakes for cars. An intelligent, precocious child, Oscar attended a private school in Germany. While still in his teens, he devised an electrically operated textile machine controlled by a then-unheard of punch card system, that could weave complex brocades and do the work of 12 people. [3]

Back to the top
x